In an effort to broaden community understanding of the many and varied needs of individuals experiencing homelessness, Bellingham City Club hosted two nationally renowned experts who described model programs of permanent supportive housing for the chronically homeless in other states within the context of an ongoing, national conversation on homelessness.

This program is intended to raise community awareness of the needs of our neighbors who are chronically homeless. With experience at national and local levels, our speakers examined the underpinnings of permanent supportive housing, many of which will be familiar to local experts in the field, regarding the complexities of the programs needed to address homelessness.

For more information about homelessness in Bellingham and Whatcom County and the many services and programs that are available for our unhoused neighbors, please visit the following city and county websites: 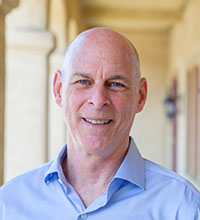 Tod Lipka holds an M.P.A. degree and an M.S. from USC. With nearly 40 years in managing nonprofits, Mr. Lipka is a seasoned executive. He has been President and CEO of Step Up since 2001. In that time, Step Up has increased ten-fold in its breadth of service operation and expanded from one supportive housing project to eleven projects with another ten in development. Step Up now provides services in Los Angeles, San Bernardino, Riverside and Orange counties as well as Florida, Georgia and Tennessee. He was a member of the Clinton Global Initiative and Step Up’s work was recognized and endorsed personally by President Clinton in 2010 and 2013 as well as recognition by Kobe Bryant and the Kobe and Vanessa Bryant Family Foundation.
More

Mr. Lipka oversees all aspects of the Step Up entity which includes permanent supportive housing, mental health services, property management to over 3,000 people in four states, most of which serve individuals with serious mental health issues experiencing chronic homelessness. Step Up is a premier Housing First organization. As an innovator and thought leader, Lipka educates and advocates directly on behalf of the individuals Step Up serves through sharing powerful personal stories from the field, increasing awareness and sharing best practices in the area of mental health, chronic homelessness, and permanent supportive housing.

Philip  Mangano, President and CEO, The American Round Table to Abolish Homelessness 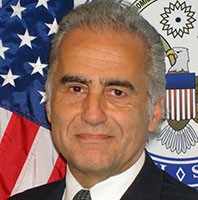 In 2002, Philip F. Mangano was appointed by President George W. Bush as Executive Director of the White House United States Interagency Council on Homelessness. Mr. Mangano shaped and led the national strategy to end homelessness from 2002-2009, including in the early Obama Administration. He defined the economic case for ending homelessness through the application of cost benefit analysis and business planning. The nation’s first documented decreases in homelessness were achieved during his federal tenure.
More

Mangano travelled more than one million miles, delivered more than 1,000 speeches and established an unprecedented national partnership of 20 Federal agencies, 53 Governors of States and Territories, and over 1,500 Mayors and County Executives partnered in over 350 local jurisdictional Ten Year Plans to End Homelessness. His leadership and new interagency and community collaborations were recognized and supported by partners including the U.S. Conference of Mayors, National League of Cities, National Association of Counties, National Governors Association, and International Downtown Association.

In 2009, Mangano founded the American Round Table to Abolish Homelessness, partnering with jurisdictional leaders across the nation to upgrade their strategic response to homelessness.